On Friday 5th December 2014 at the Hotel dei Congressi in Rome there was a presentation of what has been defined as the digital revolution of the SSI teaching method.
In collaboration with Trainers from Rome, Yme Carsana who is the head of SSI Italia illustrated the main phases during the digitalisation of the teaching method, which was recently presented in Las Vegas during the 2014 edition of the DEMA Show in November. 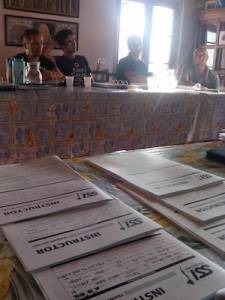 So many new things to talk about, so let’s start at the beginning:
the system will provide a syncronisation between new multimedia support software, the ODIN platform combined with the Log book already widely used on the web, and the SSI App for Smartphones and other hardware supports (Apple or Android). All of the data will merge together following what can be defined as the teaching method’s cornerstone (which is not a simple PDF), and resulting in a single source of data always being available for syncronisation.

A fundamental concept is the possibility to use the platform for both information and for input whether on or off line, giving students the possibility to study lessons and answer quizzes even when not connected to the web. The system is then automatically updated as soon as the connection is restored. Available soon the possibility to fill in training records that will eventually get signed off by an instructor in order to maintain the legal value of relevant documents stating the completion of tasks.

The new system will be available in 30 different languages for Diving and Freediving Centers, 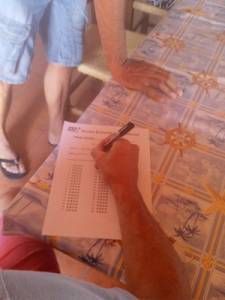 and as well as guaranteeing a more complete service provided for students, it will aim to strengthen and promote the value of the relationship between an instructor and a particular facility. There are several advantages presented: the lowering of up front costs and packaging, the possibility to avoid the heavy storage costs, and the immediate availability of information and teaching materials for students which in this way can be accessed at the click of a button. Last but not least is the opportunity for businesses, instructors and students to actively contribute towards protecting the environment, helping to avoid paper printing which is by now becoming increasingly out of date; card and paper will still be use during the initial transition period, but at a far lower price than what it currently being used. The system will be officially launched in January 2015 forScuba Diving, whereas for Freediving, operations have been postponed until the next edition of the DEMA Show 2015 which takes place in November. 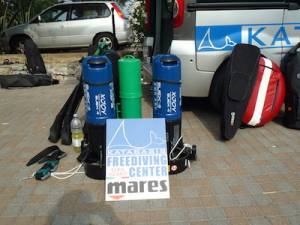 With the arrival of this new system, SSI is confiming itself as Leader of teaching associations present in the International market, opening the possibilities to new ways of understanding teaching of Underwater activities. Nice work!